Department of Constitutional and Municipal Law 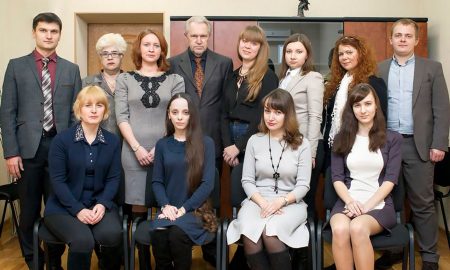 According to the bachelor’s educational program, the Department provides specialized training of students in constitutional law, preparing graduates to work in state authorities, municipal authorities, and public organizations.

The Department has already completed five full-time master’s degrees. All graduates are successfully employed in the system of state and municipal administration, including in the office of the Plenipotentiary Representative of the President of the Russian Federation in the Nizhny Novgorod region, in international companies. The Department is one of the main suppliers of managerial personnel for the University.

The Department of constitutional and municipal law actively responds to all significant changes in the system of higher education. So, in recent years, the Department has been actively involved in the organization of a system of distance learning in law programs, preparing e-courses for the Department’s disciplines and providing training and certification for students living in far districts of the Nizhny Novgorod region.

A significant number of teachers of the Department have a wide experience of scientific and pedagogical work in higher education and practical experience in different public authorities, local self-government, and jurisdictional bodies. Most teachers combine teaching activities at the Department with practical legal work.

The Department of constitutional and municipal law has been training teachers for more than ten years through a postgraduate program. Many post-graduate students who successfully defended their dissertations continue to work at the Department.

Teachers of the Department regularly improve their skills in the form of internships and advanced training courses in leading universities in Russia, in Federal and regional government bodies, and in foreign universities.

Leading teachers of the Department are members of expert councils and certification commissions established under Federal and regional government bodies, members of academic and dissertation councils, and head various structural divisions at the faculty of law and at the University.

The head of the department is Aleksandr Petrov – Candidate of Law and Associate Professor, Honorary Worker of Higher Education of Russian Federation.

Teachers of the Department conduct research work, participating in international and all-Russian scientific conferences, seminars, being the authors of textbooks, educational and methodological manuals, numerous articles in Central and regional scientific journals, and collections. According to the Scientific Electronic Library, the staff of the Department Aleksandr Petrov and Marina Gorbatova are among the 50 scientists with the highest scientific citation index among scientists of law in Nizhny Novgorod.

Teachers of the Department actively apply for scientific grants. In recent years, there were won several all-Russian grants from the Ministry of education and science of the Russian Federation:

The Department participates in University-wide competitions announced as part of the program to increase the competitiveness of Lobachevsky University among the world’s leading educational and scientific centers. Teachers of the Department won several competitions for international teaching mobility, a competition to support publication activity.

The unique combination of teaching, practical legal activities and scientific work forms the Foundation for ensuring the quality of training of graduates in the Department of constitutional and municipal law, corresponding to the world level. This quality is appreciated by employers and experts in the field of legal education and science.